This Week in Yarning.

At this point it should really be This Year in Yarning, but whatever.  I'd like to have a weekly thing, where I sum up what I've been working on, with gorgeous pictures to go with it, but I haven't been working on much during 2011.  I finished an old sweater, and I made a triangle scarf for a friend out of yarn she'd dyed and spun.

But the last month or so, I've been working on this gorgeousness.


It's the Fragile Heart pattern with a few alterations.  The pattern called for the body to be knit in one big piece, but I split the repeats in half and grafted them together. 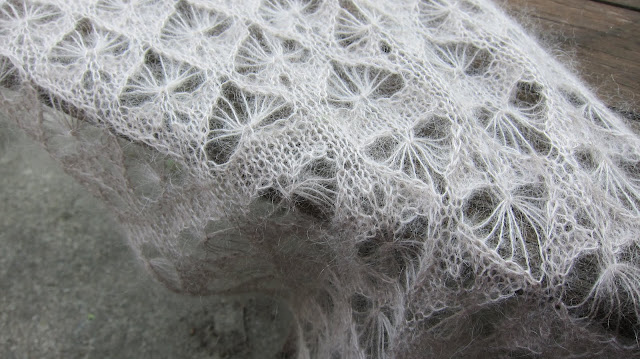 I think it looks pretty good.  I also added a few extra repeats to the edging.  The pattern called for 7 or 8 repeats and I did 12.  It's lovely, and I've been wearing it at work to cut the chill out of the air conditioning.  It's definitely not a wrap it twice around your neck sort of scarf, but I'm very happy with it. 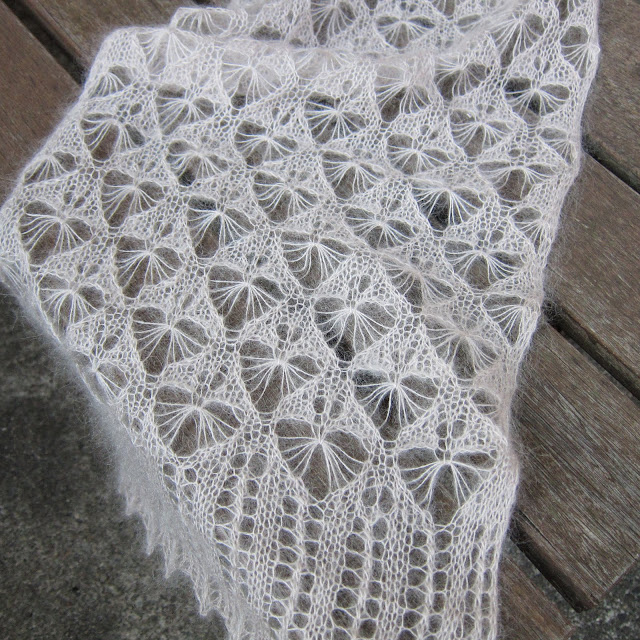 A spider took over my favorite perch for a camera, so there's no self portraits, and it's too fucking hot to imagine taking this thing outside again, so here's another beauty shot. 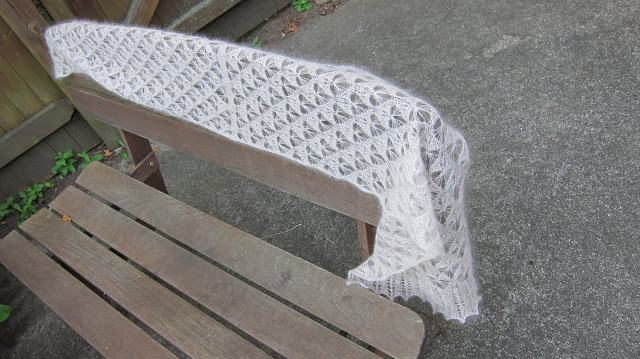 My bullet points about this pattern

That's all the wisdom I've got.  Everybody keep cool.
Posted by Nicole at 1:36 PM

yes, my face did stick that way.

Some Blogs I Read